The Deva SmartGen 5 encoder has all the features you would ever need from an RDS encoder and it comes at a fantastic price. Deva SmartGen 5 supports all RDS Applications in conformity with European CENELEC and United States NRSC standards and it is fully compatible with UECP EBU SPB490 Version 7.05

The interactive function RT+ for song tagging is fully supported without compromise. The SmartGen 5 can 'parse' scrolling text, automatically breaking phrases into word groups. Based on the latest RDS technology, the SmartGen 5 is fully digitally designed for 24/7/365 operation. The Deva SmartGen 5 is a cost-effective solution for sending of TMC and EWS Services. The front-panel LCD displays setup parameters without the need of an on-site computer, and also shows the incoming raw data from station automation as well as exactly what the listener sees displayed on his radio.

Supplied with free of charge, dedicated programming software “SmartGen RDS/RBDS Encoders Manager”, this encoder programming is simple and foolproof like never before. SmartGen 5 comes with an Embedded WEB Server for remote and easy programming and supervision. SmartGen 5 gives dynamic programming access with its built-in RS232, USB, TCP/IP, UDP/IP interfaces. This connectivity permits full integration of RDS/RBDS transmissions with the station’s other networked functions like message streams for Webcasting or Digital Radio. The SmartGen 5 encoder provides a full loopthrough interface for connection to your existing broadcast chain.

Based on our more than 15 years experience in the RDS field, the SmartGen RDS/RBDS Encoders Manager was developed as a dedicated software for full management of our high-end RDS Encoders range in regards to the latest updates of the UECP EBU SPB490 Version 7.05 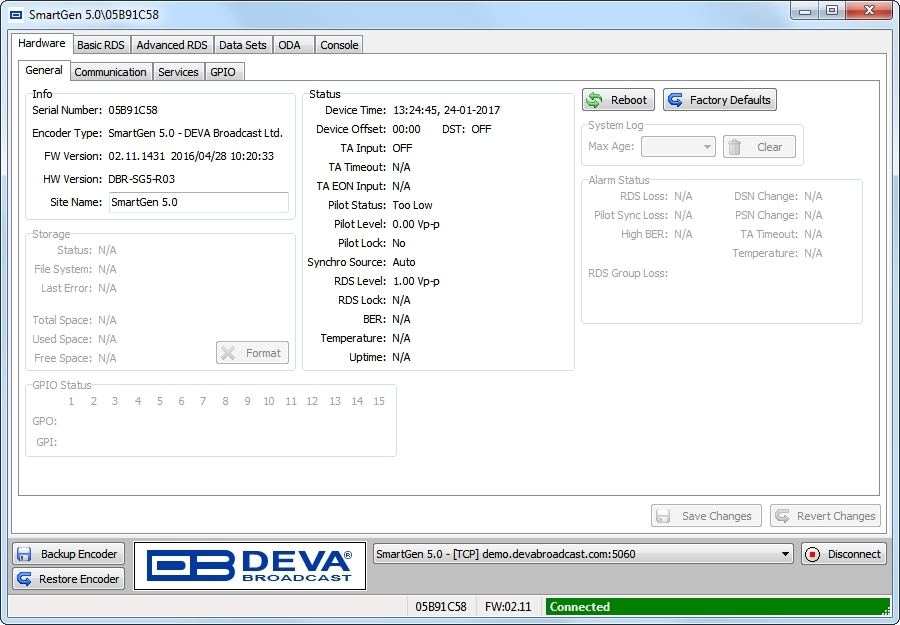 It supports a wide range of interfaces such as RS-232, USB and LAN. The Deva SmartGen Manager has “Basic RDS” and “Advanced RDS” programming interfaces. Using its “Basic” Mode, all main RDS parameters can be easily programmed into the non-volatile memory of the RDS Encoder. The interactive simulator shows the outgoing scrolling messages exactly as they are seen displayed to the listeners. 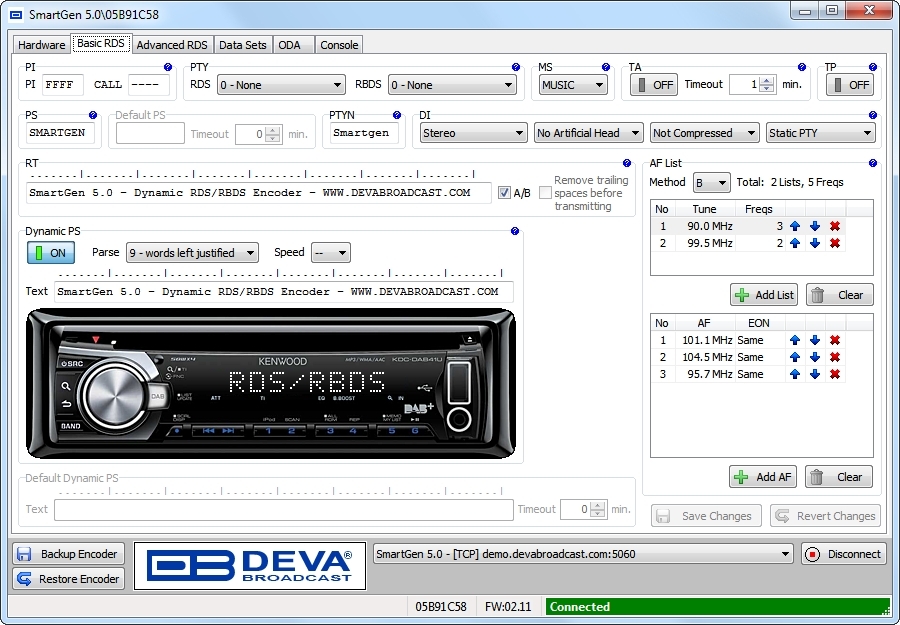 The SmartGen RDS/RBDS Encoders Manager has all the functionalities required to drive any parameter by the latest version of the UECP EBU SPB490 Version 7.05. Its visual and self-guided user interface makes the UECP advanced programming of the SmartGen Encoders easy and user-friendly. 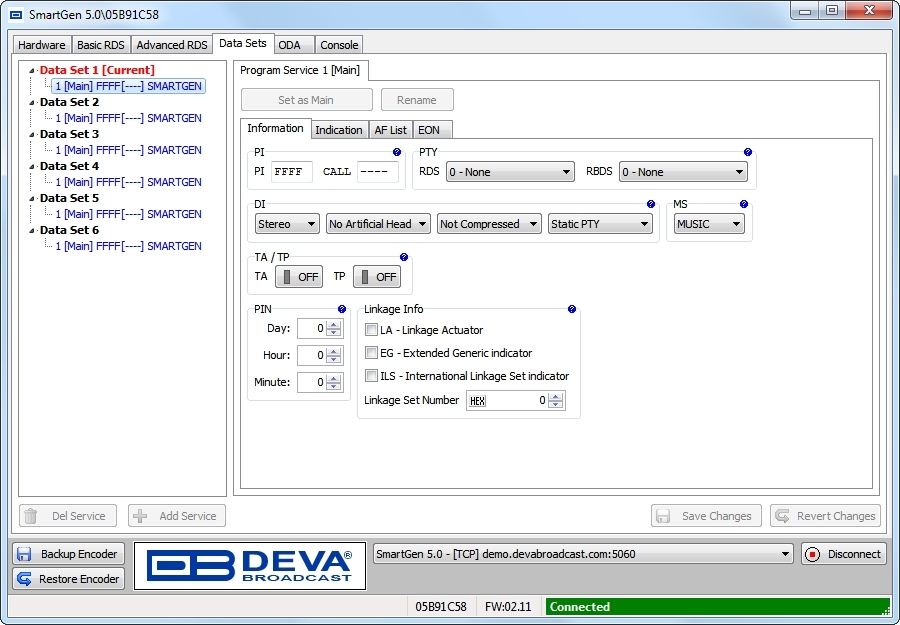